In yesterday’s M=5.7 and M=5.6 Italy earthquakes, initial reports suggested that there were no fatalities and minimal damage. However, rescue workers today found that the earthquakes caused a massive avalanche, which hit the Hotel Rigopiano, approximately 35 km to the southeast of the epicenter, leaving up to 30 people missing or dead. The avalanche not only crashed through walls and windows, but caused part of the roof to collapse, and, according to information reported by the BBC, moved the building up to 10 m off its foundation.

Poor weather prevented rescue efforts from reaching the site until approximately 4:30 a.m. local time. Once there, rescuers were forced to shovel their way through walls of snow in their search for survivors. This rescue effort is one of several currently going on now, according to NBC. Executing these recuse efforts quickly is also vital as Italy is currently experiencing its coldest weather in 20 years, with much of the mountainous region blanketed in a thick cover of snow.

Seeing that a deadly avalanche was triggered by such a small amount of shaking illustrates the widespread effects earthquakes can cause. While it is possible that the snowpack that failed in this tragedy was ready to go, it was aided by the shaking, highlighting a seasonal earthquake hazard in mountainous regions. 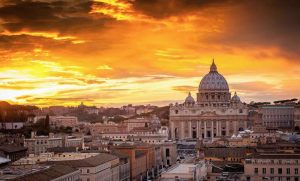