Check your flood risk in Temblor

Even though Hurricane Matthew has long departed the eastern seaboard, various parts of the East Coast are still suffering from record flood conditions not seen since Hurricane Floyd in 1999. One of the harder hit areas was North Carolina, where the governor issued a statement warning citizens that inland flooding caused by rainfall will likely continue through the week.

The flooding from Hurricane Matthew was caused by two factors, storm surge and rainfall. Surges as high as 9 feet above normal levels led to severe coastal inundation, resulting in significant erosion, and infrastructure damage. Rainfall from Matthew was so severe that flash flooding ensued, leaving a trail of destruction behind. In parts of North Carolina, hourly rain estimates reached 7 inches per hour, and numerous areas received over 15 inches of rain from Matthew.

Due to the severity of the floods, we thought we’d take a look at how flooding from Hurricane Matthew compares to FEMA’s flood maps, which show areas with a 1% chance of flooding each year. Current flood conditions are provided by the Flood Inundation Mapping and Alert Network (FIMAN), and FEMA’s flood maps can be found on Temblor. 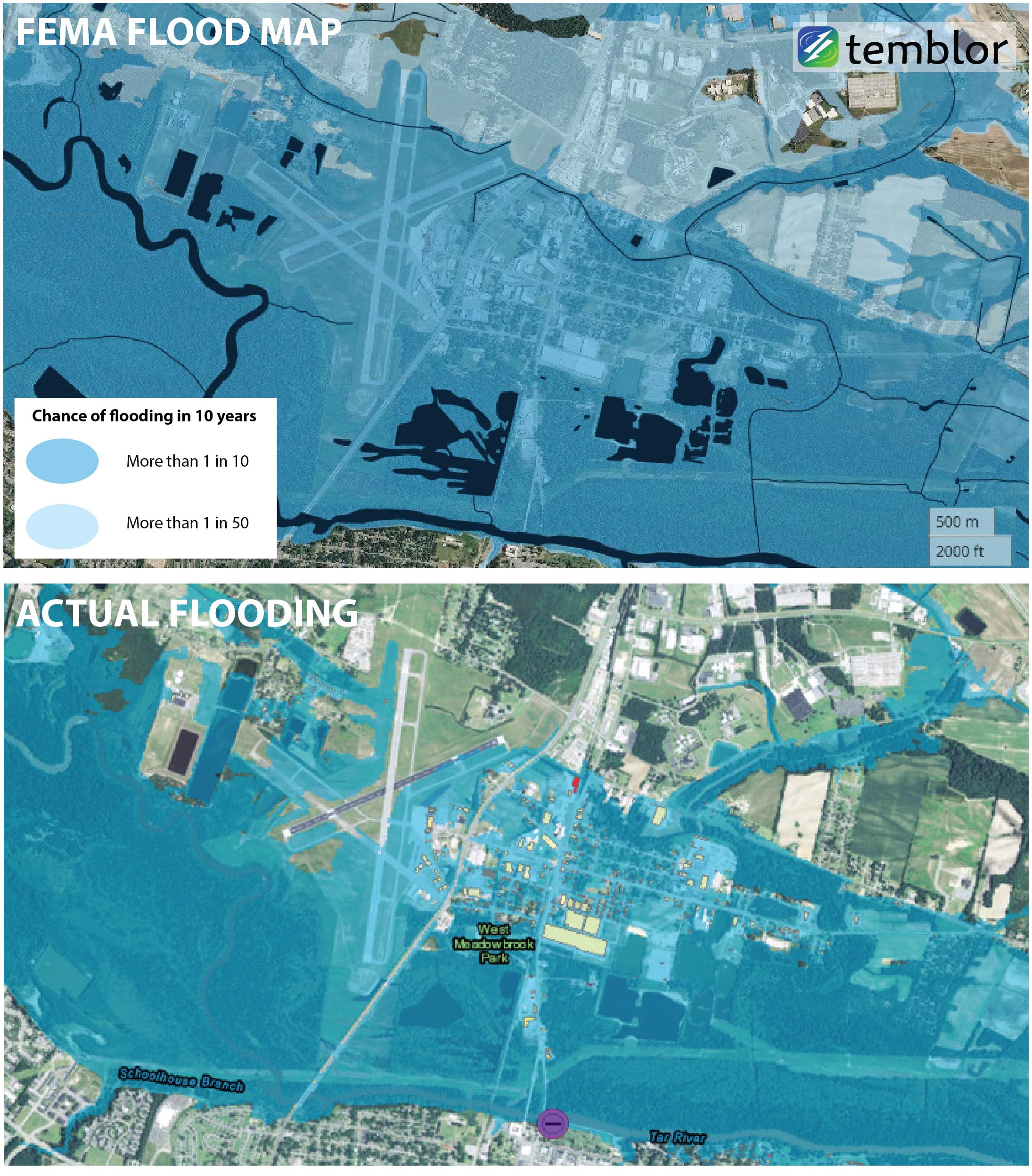 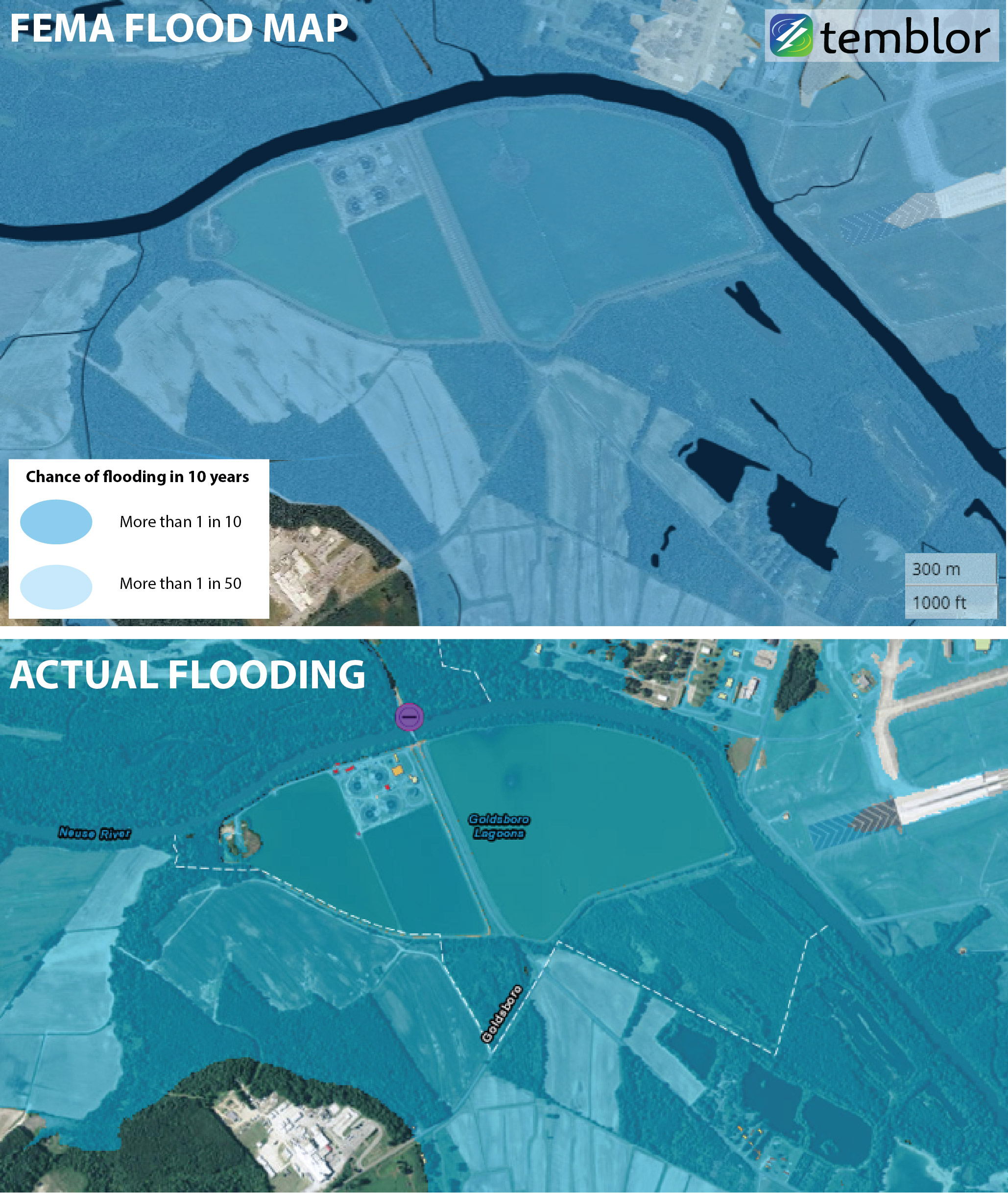 As can be seen from these 4 maps, the current flood conditions in these locations matches up nicely with the FEMA flood maps. While this may not be the case everywhere, it does illustrate that floods like the ones in North Carolina are actually not extremely rare: they have about a 10% chance of occurring in a decade. Having said that, just because this flooding occurred does not mean the same magnitude of flooding couldn’t happen next year, as flood events are independent of one another.

Check your flood risk in Temblor 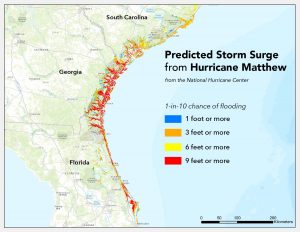