See your tsunami risk in Temblor

By David Jacobson, and Gabriel Lotto 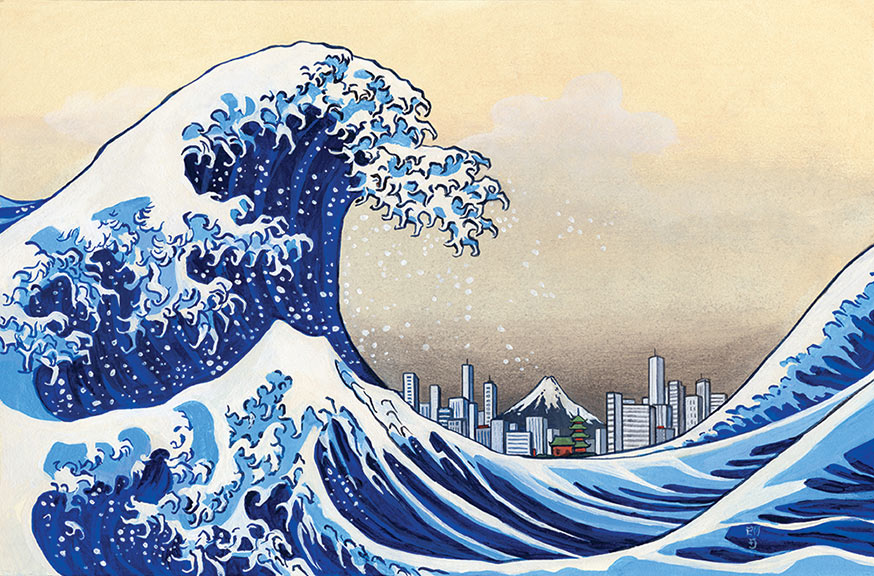 Imagine a 40-foot high wall of water. There’s nothing you can do to stop it, you don’t have time to grab possessions, all you can do is run. While this may seem like a something out of a horror movie, it is an event that has happened and will happen again on the Oregon, Washington, and Northern California coasts.

Last July, Kathryn Schultz’s Pulitzer Prize-winning article “The Really Big One” in The New Yorker captivated readers across the country as she described the earthquake that will one day devastate the Pacific Northwest. Just last week she wrote a follow-up article focusing on a small coastal town that will be affected by the tsunami that will accompany a Cascadia Subduction Zone earthquake.

The Cascadia Subduction Zone runs for approximately 700 miles from Cape Mendocino in Northern California, to Vancouver Island in Canada. It is the product of the Juan de Fuca Plate sliding beneath the North American Plate. When these locked plates release in the form of megathrust earthquakes, the effects have been catastrophic. The last time this happened was at approximately 9 p.m. on January 26, 1700. The resulting M=9 earthquake caused several minutes of shaking, and a devastating tsunami which flooded fields as far away as Japan.

So, what can people do to prepare for this tsunami? One thing they can do is learn whether they are in a tsunami inundation zone. Fortunately, state geological surveys often produce maps that show these zones. People can see the official Washington, Oregon and California tsunami inundation maps in Temblor. For this article, let’s take a closer look at the small town of Seaside, OR, and Seaside Heights Elementary School, which Schultz focuses on in her feature.

From the map above, one can see that nearly the entire town of Seaside, including Seaside Heights Elementary School is within the tsunami inundation zone. However, in the Tuesday election, Clatsop County voted 65% in favor of a ballot measure to construct two new schools outside the inundation zone and to expand a third. Additionally, these schools will be retrofitted to withstand large earthquakes. This is crucial as evacuating from a tsunami is impossible if the building you are in has collapsed. Inspiringly, the people voted resoundingly in favor of tsunami safety.

While these inundation zones are based in part on numerical models, they do at least give people a solid idea of which areas are at risk. If you live on the coast, or in a coastal inlet, it may be in your best interest to see if you are in danger of being inundated by a tsunami.

Click Here to read The Really Small Ones by Kathryn Schultz

Click Here to read The Really Big One by Kathryn Schultz