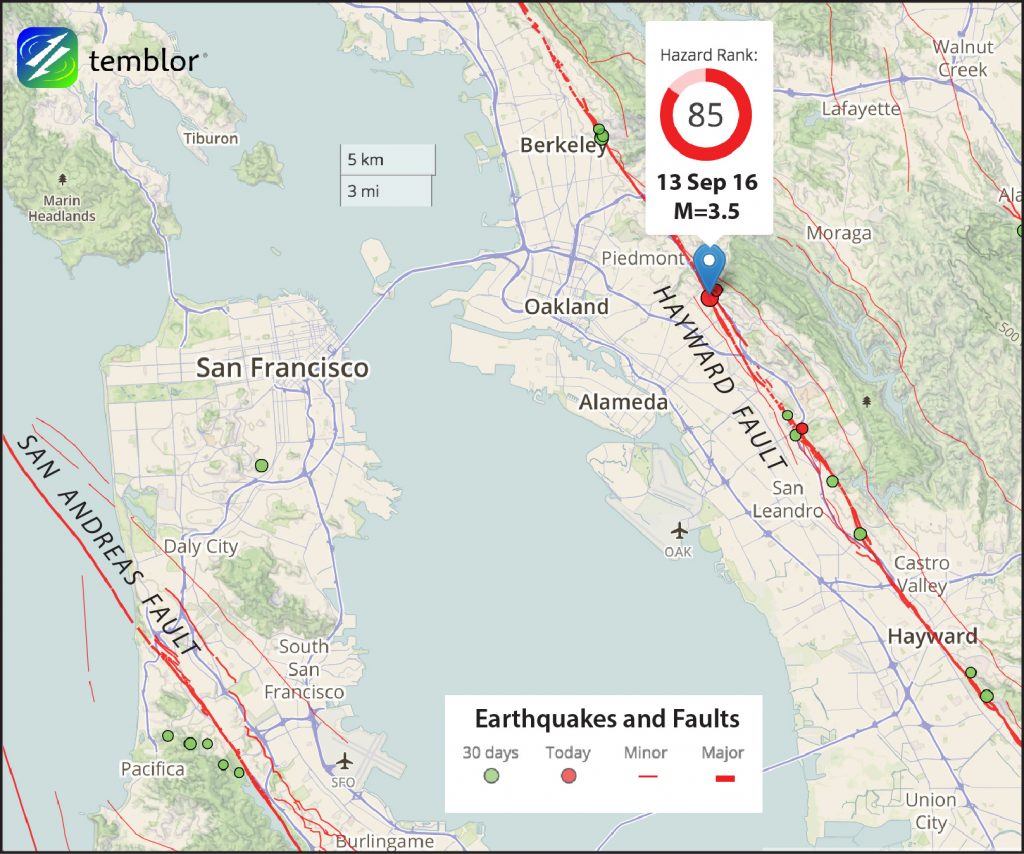 A M=3.5 earthquake on the Hayward Fault shook the East Bay and Peninsula early this morning. The quake, which struck at 12:50 a.m. local time was centered 6 km (4 mi) east of Oakland, CA, and took place at a depth of 5 km (3 mi). While no damage is likely to have occurred, over 3000 people reported feeling the earthquake on the USGS website this morning, from Berkeley to Fremont, along the entire length of the central and southern Hayward Fault.

From the Temblor map above, it can be seen that this earthquake took place directly on the Hayward Fault, one of the Bay Area’s greatest hazards. With nearly pure right-lateral strike-slip motion, this quake is representative of motion along the fault. Having last ruptured in a large earthquake in 1868, the Hayward Fault accounts for the majority of the high hazard rank of the East Bay.

Data used in this post is courtesy of the USGS, and the Berkeley Digital Seismic Network at the UC Berkeley Seismological Laboratory.