Another earthquake with magnitude greater than 4 has struck California in less than a day. It occurred on a portion of the San Andreas Fault which is relatively quiet, but surrounded by pieces of the fault that can be far more dangerous.

Are the M 4.5 Pleasant Hill and the M 4.7 Tres Piños shocks related?

On the heels of last night’s M 4.5 Pleasant Hill shock that stuck 6 mi (10 km) off the Calaveras Fault, a M 4.7 shock struck right on the San Andreas Fault between Hollister and Tres Piños. It is very unlikely that the two shocks are related, as they are separated by 14 hours and 157 km (98 mi), but stranger things have happened. 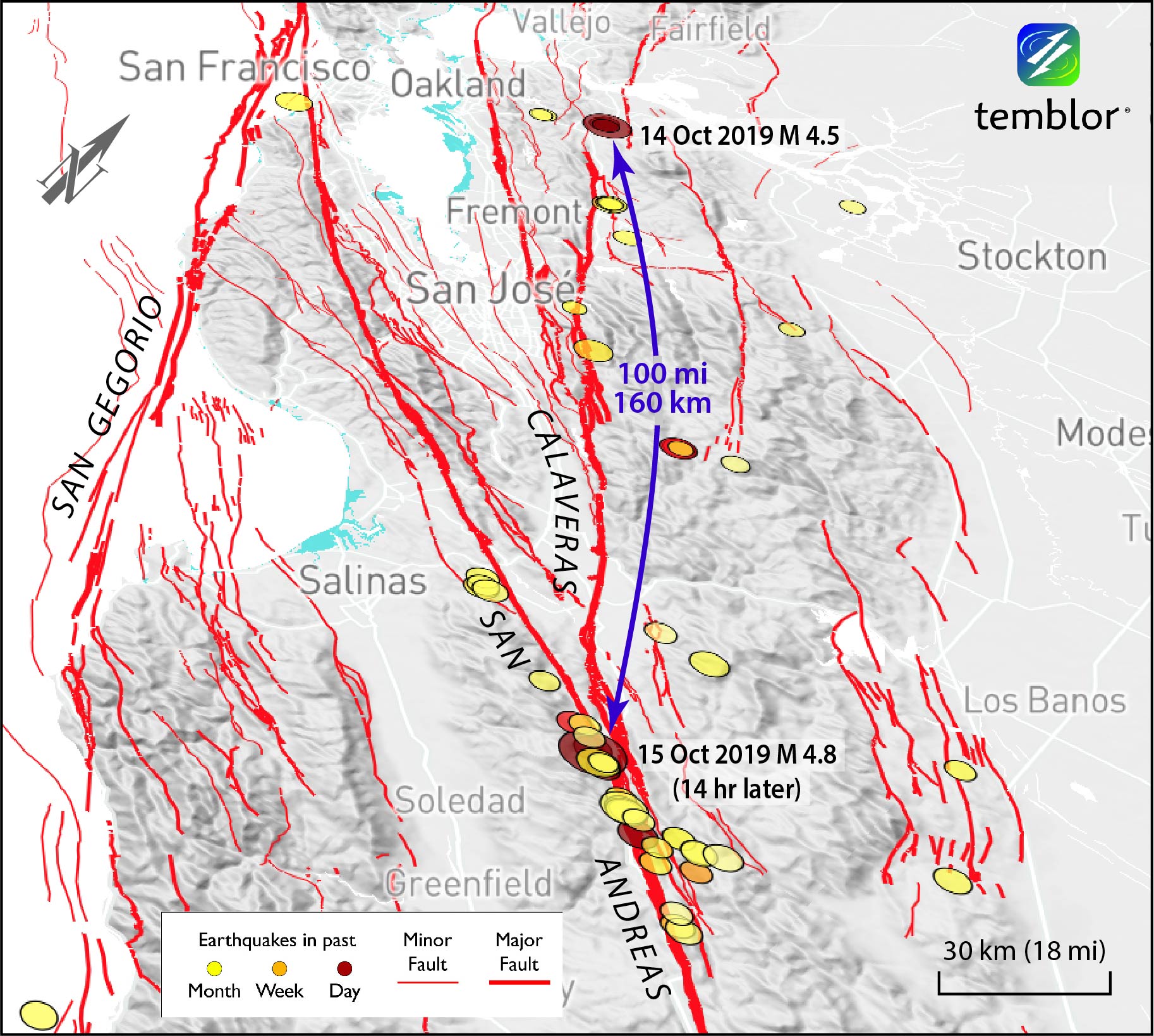 Perspective view of the Bay area looking northwest, down the San Andreas system, with the two distant but recent shocks highlighted.

Perhaps the strongest connection, if any, is that both struck near — but not on — the Calaveras Fault, a major player in the San Andreas system. It has a longterm slip rate of 15 mm/yr, second only to the San Andreas itself at 20-25 mm/yr. This means it can build up a great deal of stress, the driver of earthquakes, in a shorter period of time than faults with a lower slip rate.

Unlike yesterday’s Pleasant Hill event that struck in a zone of distributed deformation between two major faults, the M 4.7 event could not be simpler: It is a classic ‘right-lateral’ rupture, meaning whichever side of the fault you are on, the other moves to the right. It occurred along a portion of the San Andreas Fault that produces earthquakes but also creeps. This means that some of its stress is harmlessly shed and only a fraction of the total stress energy is released in earthquakes. Events of M≥4.8 are thus fairly rare here; only three have struck since 1989. 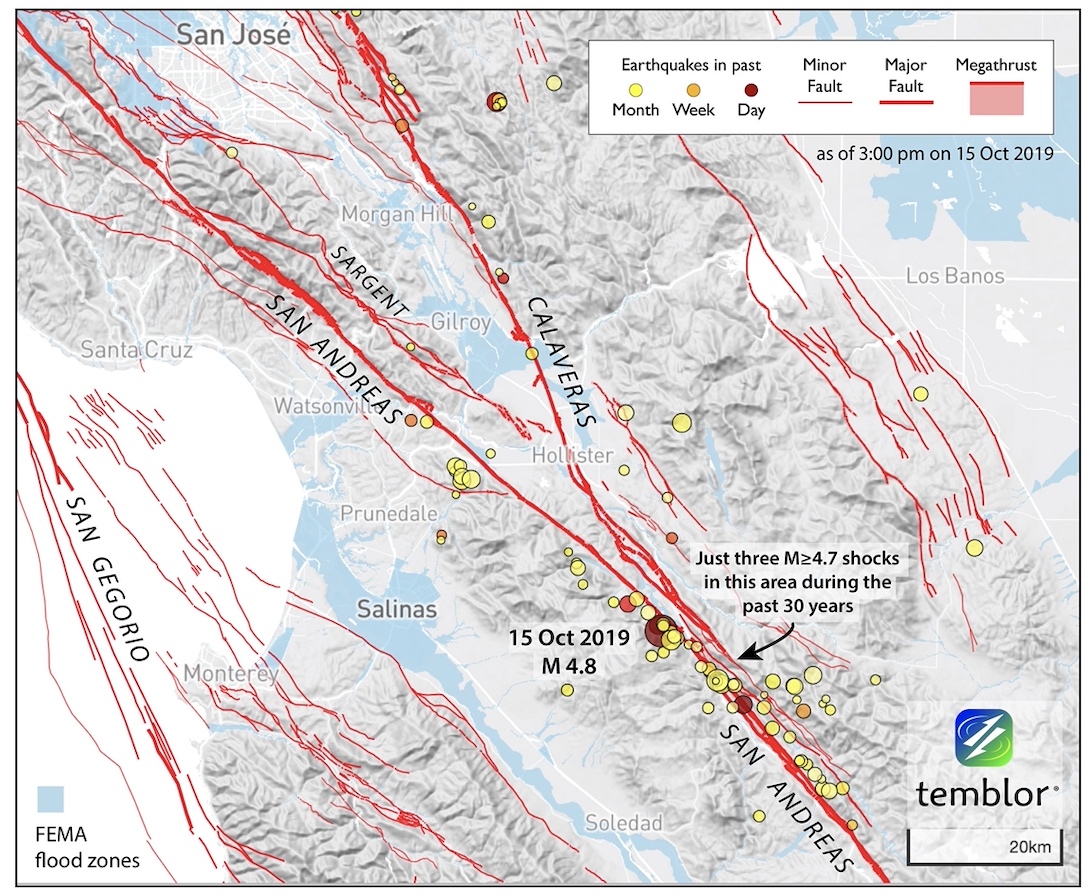 Map view of the past 30 days of M≥1.5 earthquakes centered on Hollister. During the past 30 years, there have been three M≥4.7 quakes and another five M≥4.5 quakes along this 50-km-long (30 mi) stretch of the San Andreas, where it merges with the Calaveras.

What’s special about this portion of the San Andreas?

As far as we can tell, this is where the southern front of great 1906 San Francisco earthquake rupture stopped. It probably ran out of stress here, as the daily creep releases much of the stress that would otherwise accumulate. To the south of this location, there is evidence from precariously balanced rocks (rocks that would fall over if strongly shaken) that no large earthquake has struck for the past 10,000 years. In other words, from here for 100 mi to Parkfield lies the safest piece of San Andreas real estate one can find. But to the north is another story: one of great (M > 8) earthquakes roughly every two to three hundred years, plus plenty of large ones in between.

An example of precariously balanced rocks from the Arizona Geological Survey.