‘Martian Seismology’ dawns as a new field of science with the first release of data from the Red Planet.

Raw Seismic Data from Mars Being Released to the Public

Although the first ‘Marsquake’ was detected April 6th, 2019, on the 128th Martian day of the InSight mission, raw data was not made publicly available until May 24th. 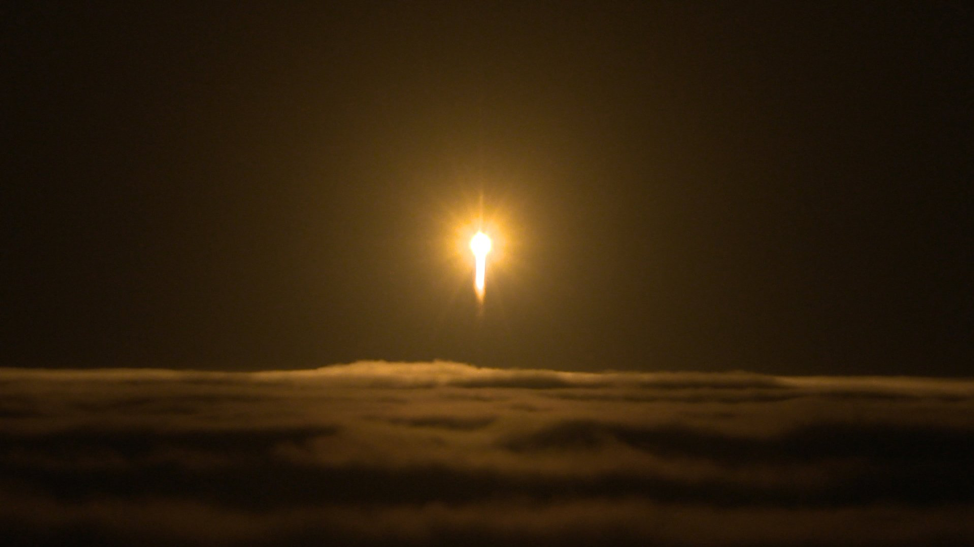 A photo of InSigh being launched from Earth in May 2018 (@NasaInSight).

A Long Journey to the Red Planet

The InSight Lander was launched from Earth on May 5th, 2018, and completed its six-month journey to Mars on November 26th, 2019. During the descent stage, also known as the “six minutes of terror” by its science and engineering team, InSight decelerated from 19,800 km per hour (12,300 mph) to zero while passing through just 128 kilometers (80 miles) of the thin Martian atmosphere. Luckily, the landing site in the Elysium Planitia was free of the massive dust storms (which you may recall from the 2015 film ‘The Martian’) that plague this hemisphere of Mars. Deployment of the seismometer occurred on December 19th, almost a month after landing. The Seismic Experiment for Interior Structure (SEIS) instrument was then ready to record the planet’s trembling.

What Signals Will We Record?

The SEIS instrument is composed of sensors that are optimized for recording at a range of frequencies. The Short Period (SP) sensor is best for nearby or large events – those with large signals or a strong high-frequency component. The other sensor is for Very Broad Band (VBB) signals, with sensitivity to distant or small disturbances. That instrument is designed to be able to record seismic waves that are smaller than a hydrogen atom! 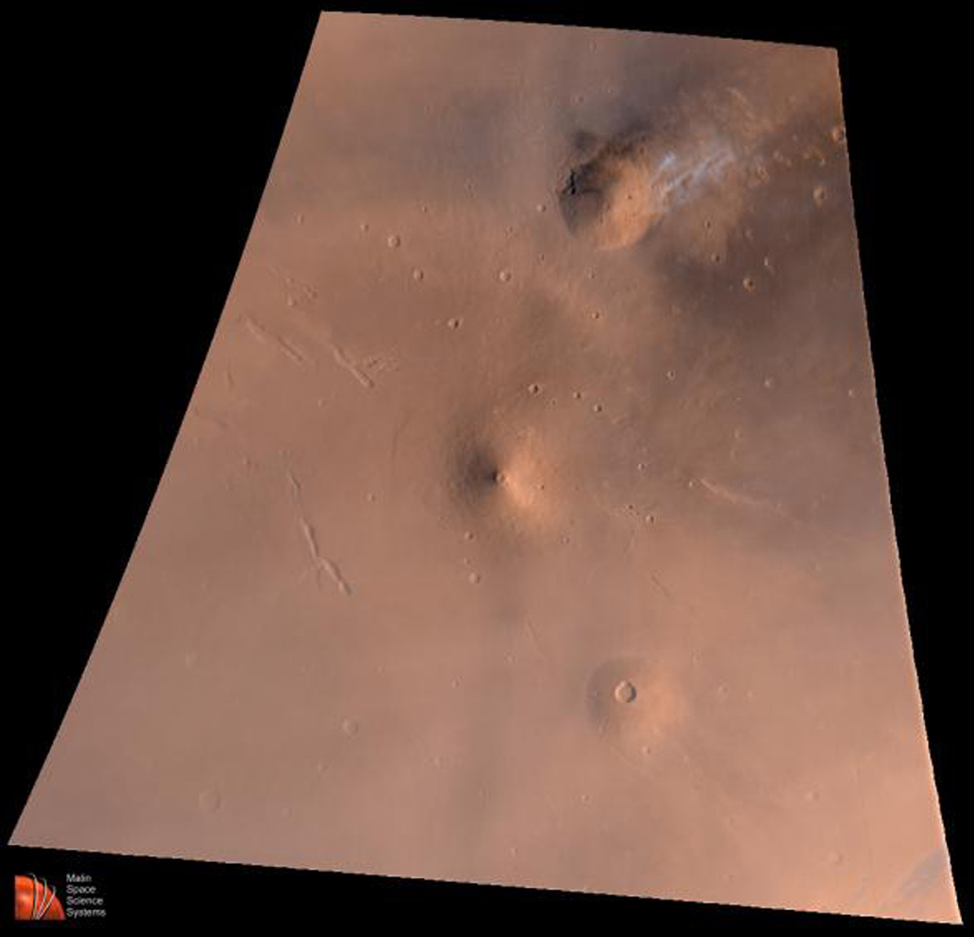 High resolution imagery of the Elysium Volcanic Region of Mars, nearby InSight’s Elysium Planitia landing site. The large, steep cone in the center of the image is Elysium Mons, which stands 12.5 km (7.8 miles) above the surface. Image from the Jet Propulsion Laboratory (JPL).

Scientists expected that they would record up to 30 meteorite impacts and about 100 marsquakes per year (Panning et al., 2017). Although many of these events would be too small to record if they occurred on earth, Mars is much more seismically quiet than our Blue Planet. Scientists are hoping to use these data to image what the inside of Mars is made of, to help us understand how the planet formed, and to learn whether it is still geologically active. Elysium Mons, a nearby volcano, is thought to have erupted as recently as 1 million years ago. Why volcanism occurred and why it stopped are two questions that marsquakes might address.

Previously, the National Aeronautics and Space Administration (NASA) released a waveform showing what scientists believe to be the first marsquake: https://www.youtube.com/watch?v=DLBP-5KoSCc. The recording, sped up enough to be audible, also has an example of wind noise and seismic emissions from the use of the robotic arm.

A recording of the first Marsquake, captured by the Very BroadBand (VBB) seismic sensor on InSight. It is compared against wind noise and seismic signals emanating from the robotic arm movement.

But what caused this event? Here on our planet, earthquakes are caused by shifting tectonic plates: pieces of the earth’s crust moving relative to one another. Both Mars and the Moon have quakes, but no tectonic plates. Rather, as heat leftover from the formation of the planet is lost to space, the planet is contracting as it cools. That shrinking creates stress in the brittle outer shell, which is ultimately released through seismically-detectable cracking. This cracking was likely the cause of 3 smaller potential marsquakes which occurred on March 14th, April 10th, and April 11th of this year.

This uncalibrated (raw) seismic waveform from Mars shows the first day of hammering on the thermal heat probe, and the last day of seismic data that has been publicly released. Data courtesy of IRIS.

Low Friction of Martian Soil Is Posing Problem for Probe

The dataset that was released spans 26 November 2018 to 28 February 2019, during which there are no identified meteorite impacts or marsquakes. February 28 was likely chosen as it marks the last time that another instrument in the payload, the thermal probe, was working properly. 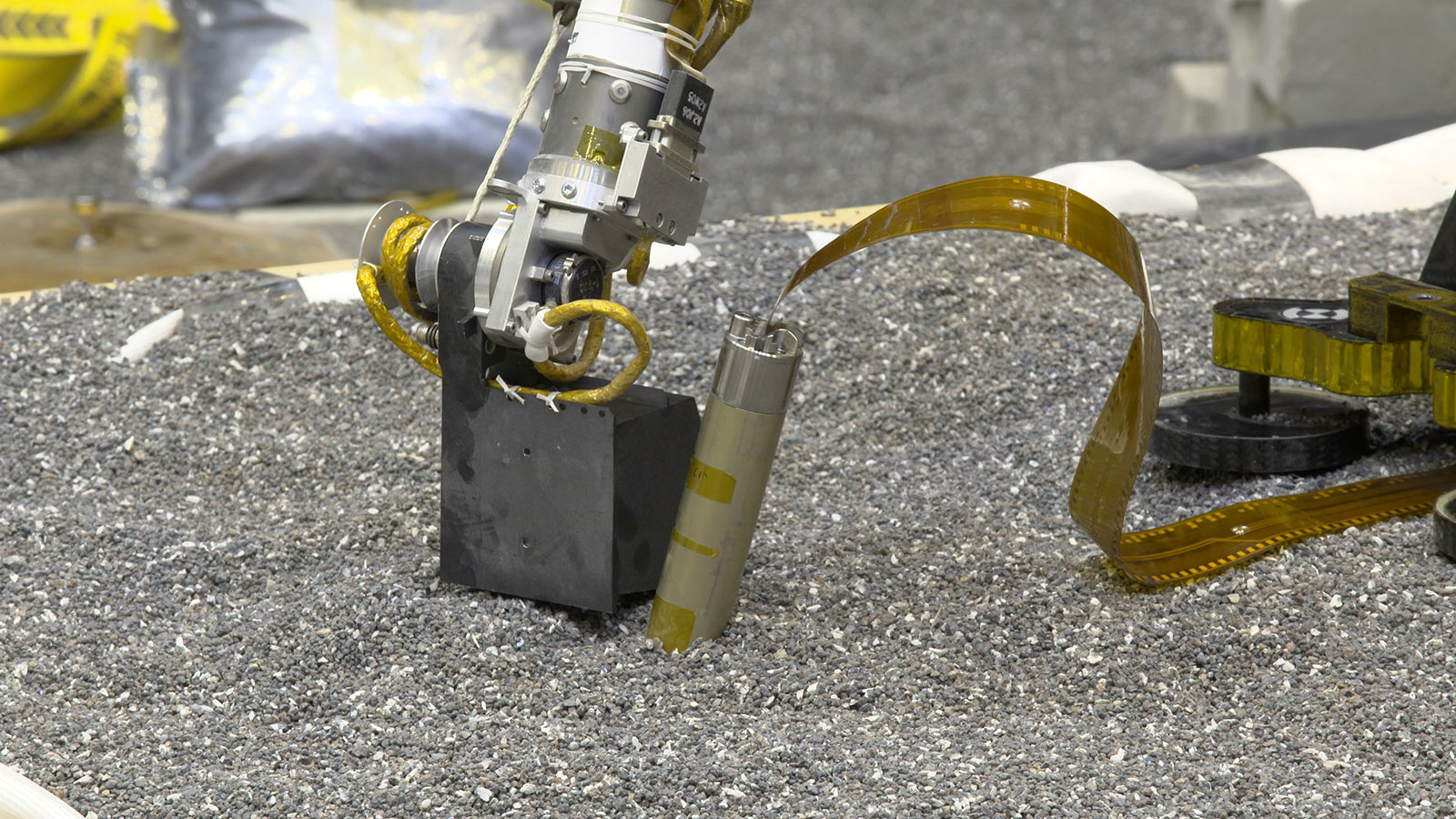 Engineers and scientists have been testing out solutions to get the mole moving again. Here, in an image from NASA/JPL-Caltech, they try using the robotic arm to push down on the soil next to the exposed end of the self-hammering spike.

The mole, as it is called, is a self-hammering spike designed to drill up to 5 meters (16 feet) into the Martian soil to record heat flux. The data from this instrument will help scientists better understand the interior structure of Mars, as well as the history and formation of the Red Planet. But the mole is stuck. It has not submerged into the ground, likely due to the slickness of the soil at the landing site. Friction from the surrounding material is critical to the self-hammering feature. Scientists at JPL are considering using the robotic arm to push down on the ground near the mole. Just like with faults on earth, increasing the clamping, compressive, ‘normal’ stress will increase the friction being felt by the thermal probe.

To stay up to date on InSight: https://mars.nasa.gov/insight