At approximately 6 a.m. local time on Tuesday November 22, a M=6.9 earthquake shook the eastern coast of Japan’s Fukushima Prefecture, and caused a tsunami warning to be issued. The quake, which occurred at a depth of 10 km, was widely felt, including in the capital city of Tokyo, 230 km away.

Based on initial USGS estimates, damage from the shaking is likely to be minimal, and casualties are not expected.

Having said that, if a tsunami hits Japan, more significant damage could result and if people don’t evacuate, fatalities could be seen. According to the Japan Meteorological Agency, a tsunami 1-3 m (3-10 ft) high could hit the country, forcing evacuations of low-lying areas.

Fukushima is no stranger to large earthquakes and tsunamis. In 2011, the Tohoku Earthquake and ensuing tsunami created a nuclear disaster at the Fukushima power plant, which is still causing problems. In response to this, all Japanese nuclear power plants in tsunami zones were shut down.

Japan is one of the most seismically active countries on earth as it sits on the Pacific Ring of Fire. According to the Global Earthquake Activity Rate (GEAR) Model, this most recent M=6.9 earthquake cannot be considered surprising as the region is prone to M=7+ earthquakes (See below). This GEAR Model can be viewed in Temblor. 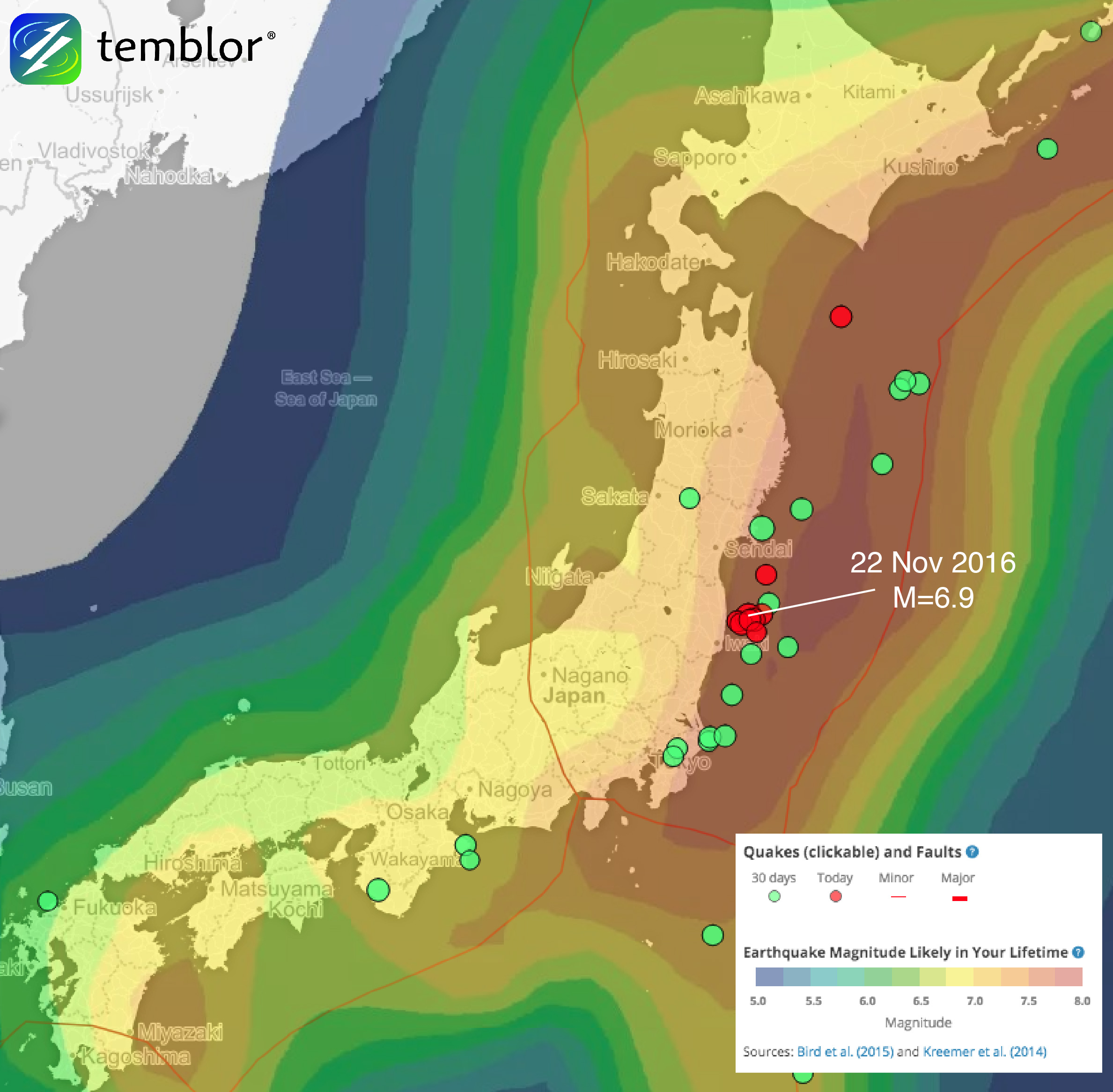 Want to be tsunami ready? Follow this town’s example 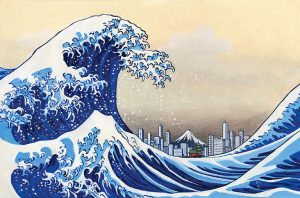