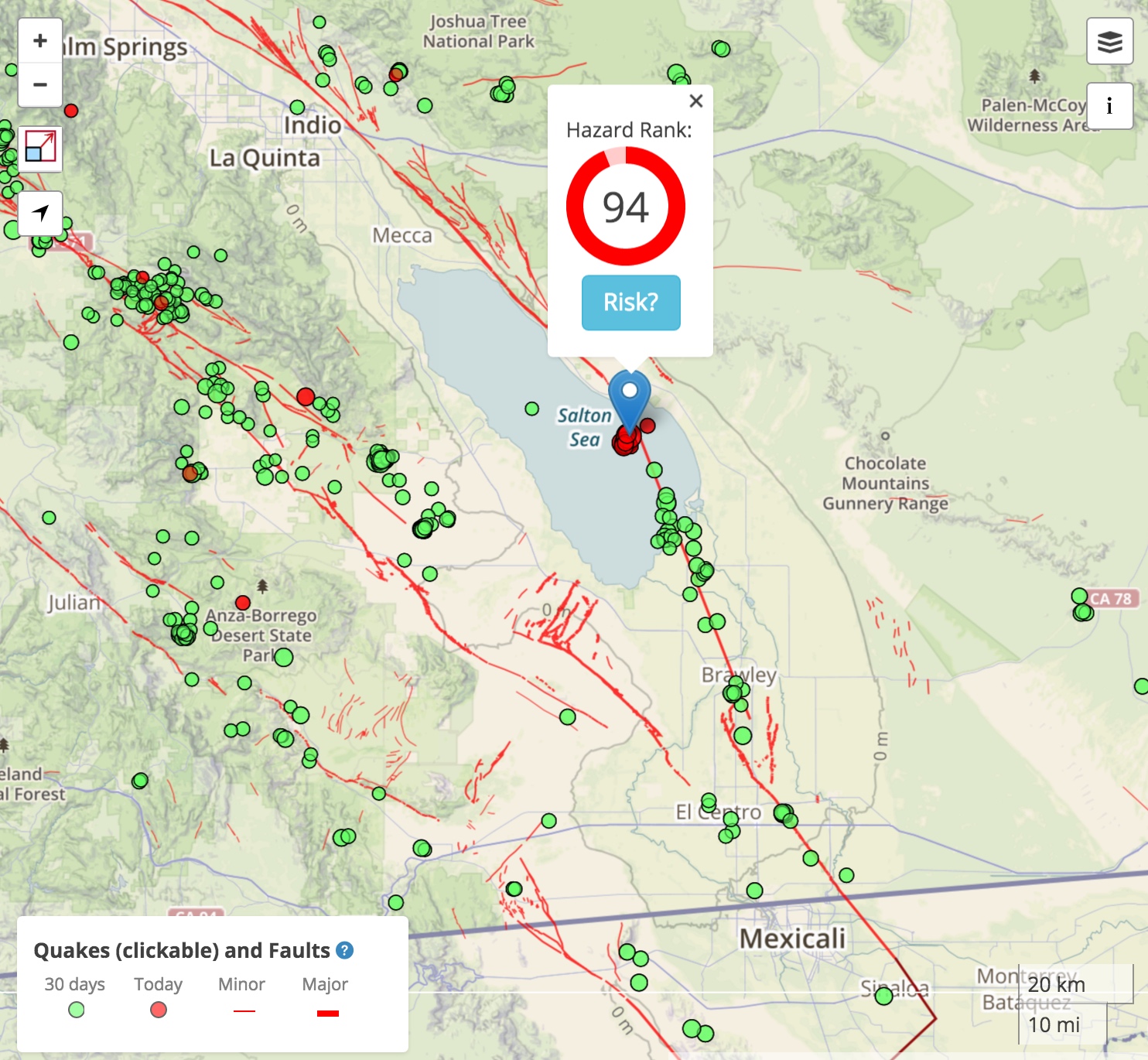 At 7:31 a.m. local time, a M=4.3 earthquake, which occurred at a depth of 2.4 km (1.5 mi) shook the southern section of the San Andreas Fault, within the Brawley Seismic Zone. Because of its shallow depth and an epicenter in the Salton Sea 96 km (60 mi) SE of Palm Springs, it was not widely felt. An hour after the earthquake, only 35 people had reported feeling it on the USGS website.

The Brawley Seismic Zone is an area along the San Andreas Fault no stranger to earthquakes. From the above image, it can be seen that the region is highly active. Additionally, Durmid Hill, just northeast of the Salton Sea exhibits creep and earthquakes. This makes the area a good candidate for where a large southern San Andreas earthquake could nucleate, meaning activity will be closely monitored. The zone is a complex array of faults about 45 km long, where right-lateral strike-slip faults dominate. However, the crust also experiences extension within the Salton Trough, so normal fault are present. Because of this extension, the crust is thin and hot, so shallow right-lateral events like today’s quake are common.

This earthquake occurred in a zone where the Temblor hazard rank is an extremely high 94. Such a high rank is due to large slip rates on the San Andreas and San Jacinto faults, as well as other faults with a history of M=6.5+ earthquakes.