When most people think of drones, they think of privacy issues and hobbyists that get in the way. However, as technology continually improves and attempting to mitigate the harmful effects of natural disasters becomes more paramount, scientists are turning to drones as a way to reach people and areas in a way they have never before.

In a natural disaster, evacuating and finding survivors is the main goal. However, if damage is significant, reaching areas can either be a major challenge, or dangerous. Therefore, drones provide a fast and safe way to scan for potential hazards, and people. Additionally, drones can cover larger areas much faster than teams on the ground.

While most drones are equipped with a high-resolution camera that sends a feed to a computer in real-time, some countries are upping the ante on what drones can do. In China, visible light, infrared, multispectral, and hyperspectral sensors are being attached to drones. This data can then be relayed to monitoring teams who can send out rescue teams. Such information is vital since the likelihood of survival decreases significantly as exposure time increases. For example, for those requiring rescuing, survival rate drops to 90% after only an hour, and to 81% after one day.

China is not alone in their ambitions. UNICEF has begun using unmanned aerial vehicles (UAVs) to photograph disaster-hit areas and to deliver life-saving supplies to remote areas quickly. Additionally, several countries in Africa are using drones to scope out washed areas and/or downed power lines. So, the possibilities are great, and the potential benefits are endless.

In the days and weeks following an earthquake, drones also provide the ability to study the scope of damage. Assistant professor Kevin Franke at Brigham Young University has been doing this in Italy as part of Geotechnical Extreme Events Reconnaissance (GEER) teams, and for the National Science Foundation. 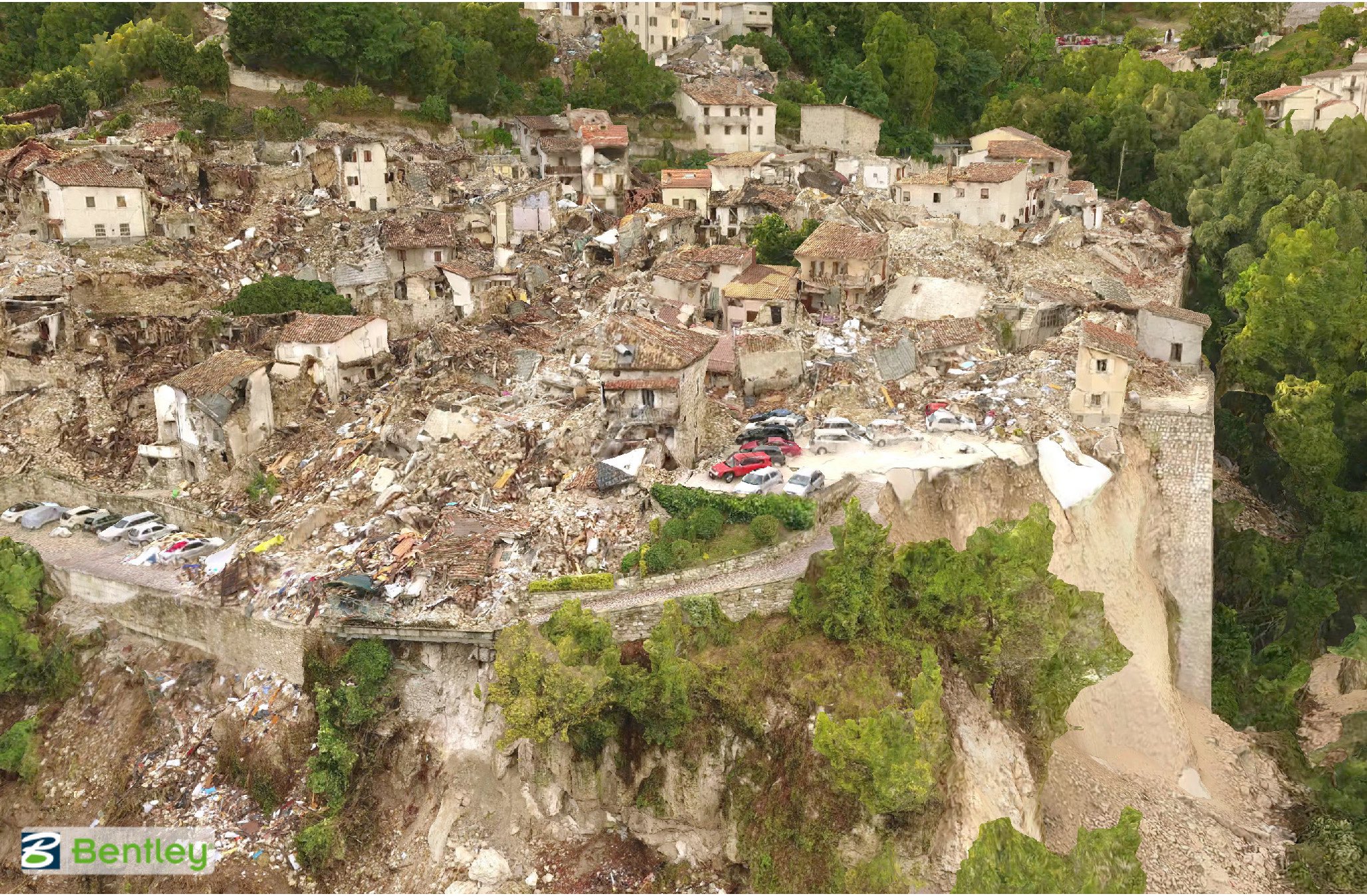 By taking nothing more than aerial photographs, and using scene reconstruction software, the team at BYU has been able to create incredible 3D models showing the extent of damage in destroyed Italian towns. By using UAVs, the teams have been able to access areas which are too dangerous to get to by foot or car. Furthermore, at the Northern California Earthquake Hazards Workshop, Professor Franke showed how this drone footage and modeling could help find areas of future hazard. He did this by showing potential sites of future landslides/rockfall. To see these models, CLICK HERE

From seeing the incredible capabilities drones have, it becomes clear that they are here to stay and that their capabilities should be harnessed. While there are many safety procedures which must be followed when operating drones, when used properly they can both save lives, and help us understand impacts and hazards.