Strike-slip ruptures in a region dominated by extension

A pair of strike-slip earthquakes in an unpopulated area near Hawthorne, Nevada, struck among short, distributed faults active during the past million years. One small aftershock struck on the nearby Wassuk Range Fault, a 100-km long normal (extensional) fault with a ~1 mm/yr slip rate and a record of large earthquakes about 10,000-15,000 years ago (Surpless and Kroeger, 2014). Just to the south of the twin mainshocks lies the Aurora Crater and Andesite lava flows, which last erupted about 250,000 years ago. A number of the aftershocks of the recent sequence occurred in or near the volcanos. The volcanics and the major range-bounding ‘normal’ fault indicate that the primary tectonic process in this area is extension, or crustal stretching, within the so-called ‘Walker Lane.’ Strike-slip quakes along the planes activated by today’s quakes are relatively minor players, yet important to Walker Lane development. Nevertheless, the mainshocks were felt in Reno, Nevada, throughout the northern Sierra Nevada, and in the central California cities of Sacramento, Stockton, Merced, Fresno, and Visalia.

In yesterday’s post, I wrote that there appeared to be remote aftershocks extending as much as 250 km (180 mi) from the mainshock in two lobes, which would be unprecedented for a mainshock of this size.

Those remote M=2.0-2.5 aftershocks, however, turn out to be ‘phantom’ events which have since been deleted by the network operators. The problem, according to Kenneth D. Smith, Associate Director of the Nevada Seismic Network, stems from the sparse station coverage southeast of the mainshocks. Limiting network performance, many of the existing stations to the east of the sequence lack telemetry, preventing real time contributions to events locations. 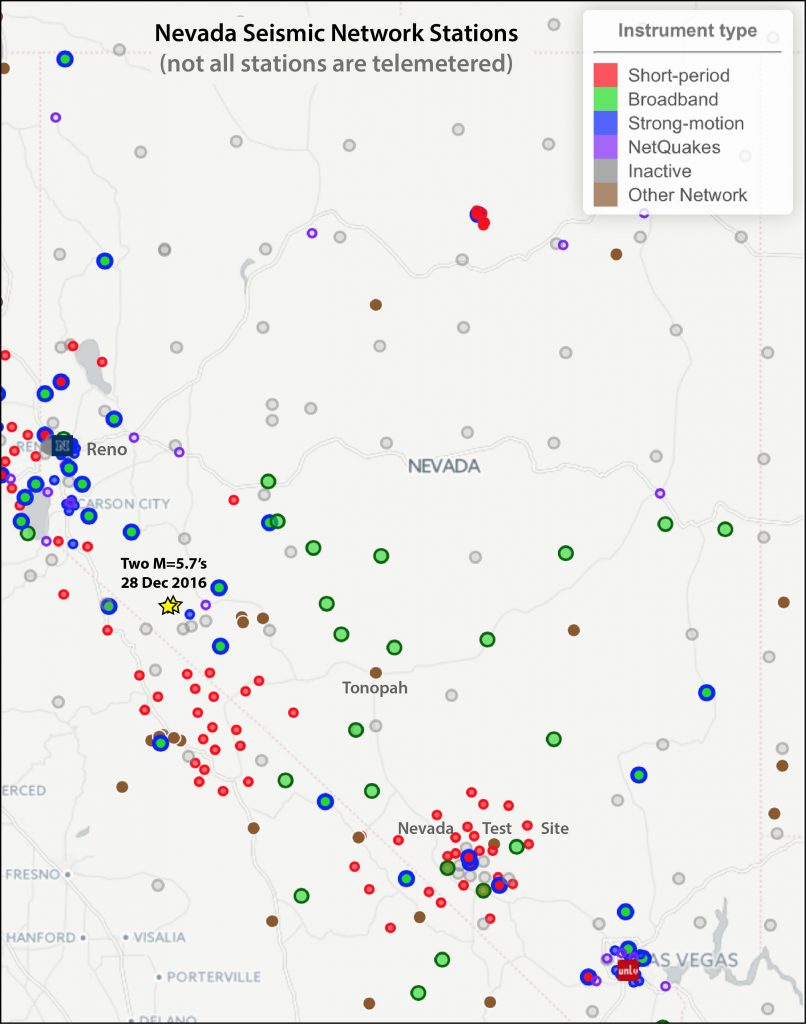 In the Temblor app, one can click on any shock to go to its USGS ‘event page.’ From there one can scan its ‘origin’ information. I should have recognized that any automatically located quake with the closest seismic station >100 km away, and with an azimuthal coverage gap >100°, is suspect until reviewed. So, I should have held my fire.

Ken Smith explained to me that a key compounding problem is that surface waves (‘Lg waves’) of the mainshock and largest aftershocks were misinterpreted as P-waves by the ‘associator’ software used with dense, highly sensitive instruments in the vicinity of the Nevada National Security Site in southern Nevada. The Nevada Seismic Network is migrating to newer software that, in tests, is less susceptible to this problem. Ken said, “Every earthquake sequence is a learning experience, and can often expose short-comings in real-time network operations.”

The Take-Away: Densify the Network!

Apart from learning from my own blunder, there is a clear need to densify the Nevada Network, and to install telemetry at all stations. If a M~7 mainshock were to strike Nevada—and five have struck in the past century—the rate of phantom shocks could be much greater, potentially panicking people in many parts of the state, and creating a false footprint of the earthquake. 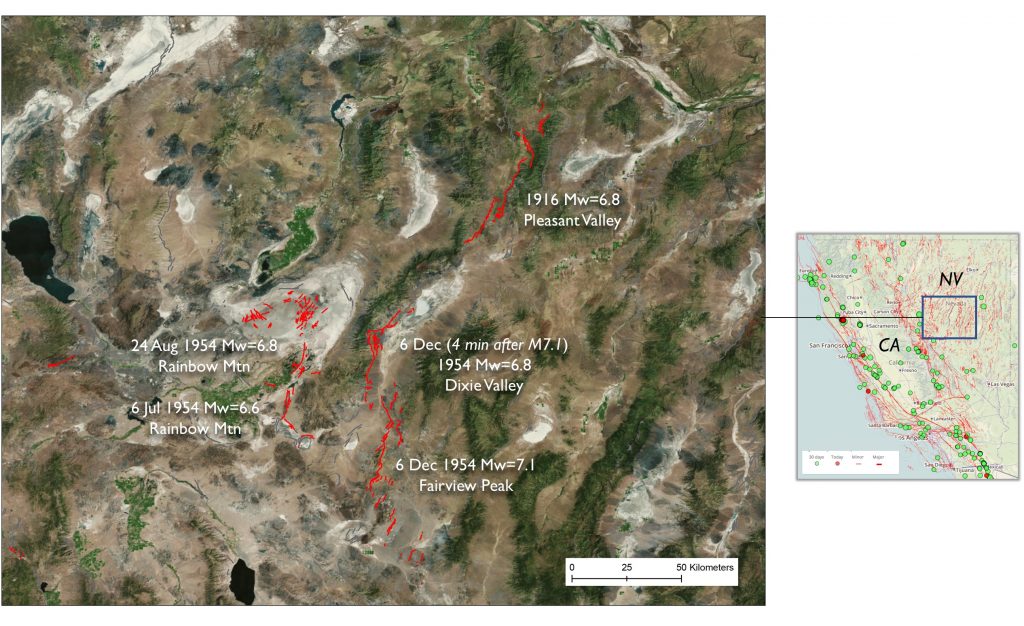