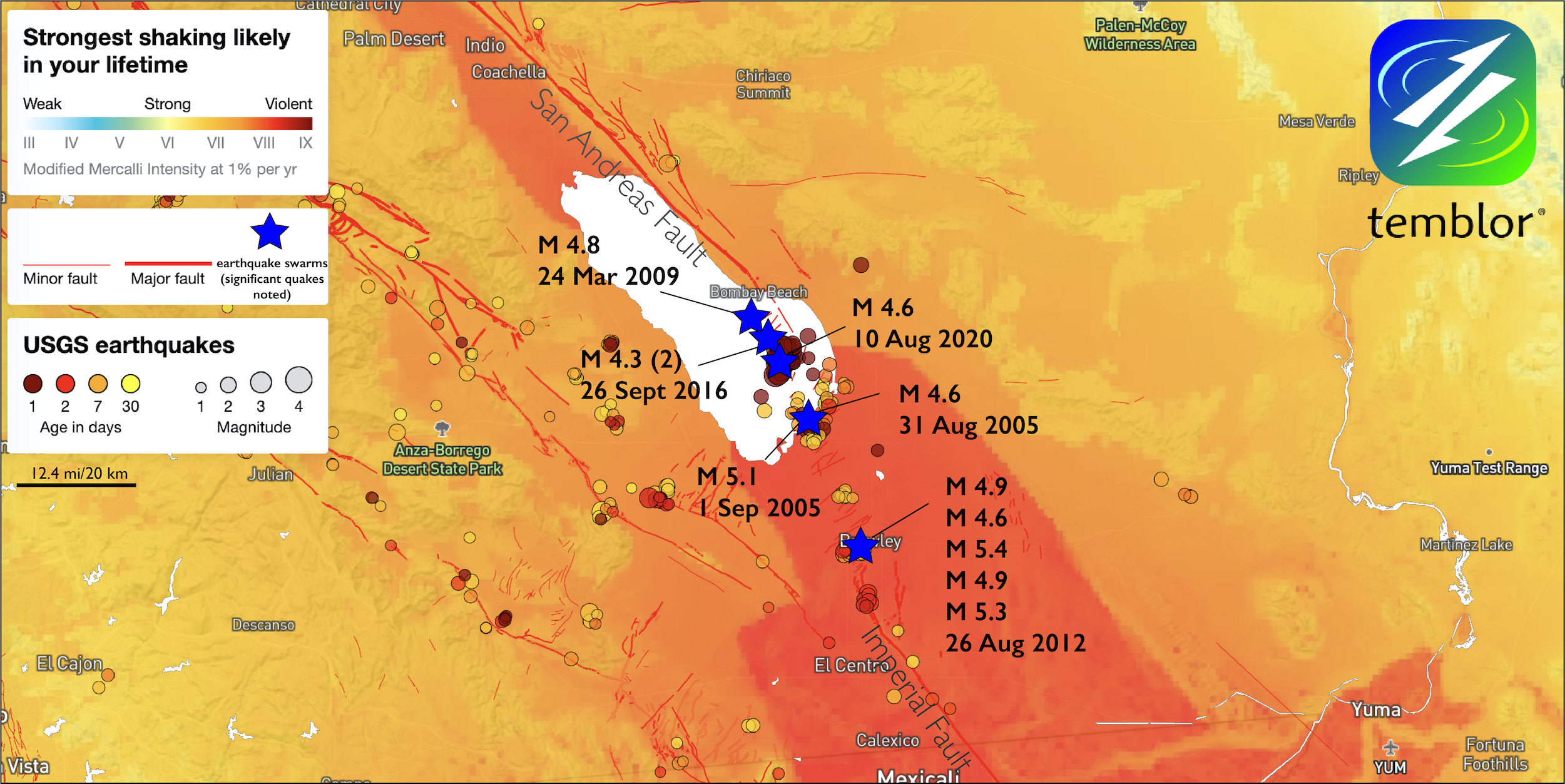 A series of earthquakes have struck in the Salton Sea in Southern California. Events like this have occurred four times in the last 20 years. They are all swarm-like and tensional. The impact of these events on the San Andreas is still unclear. 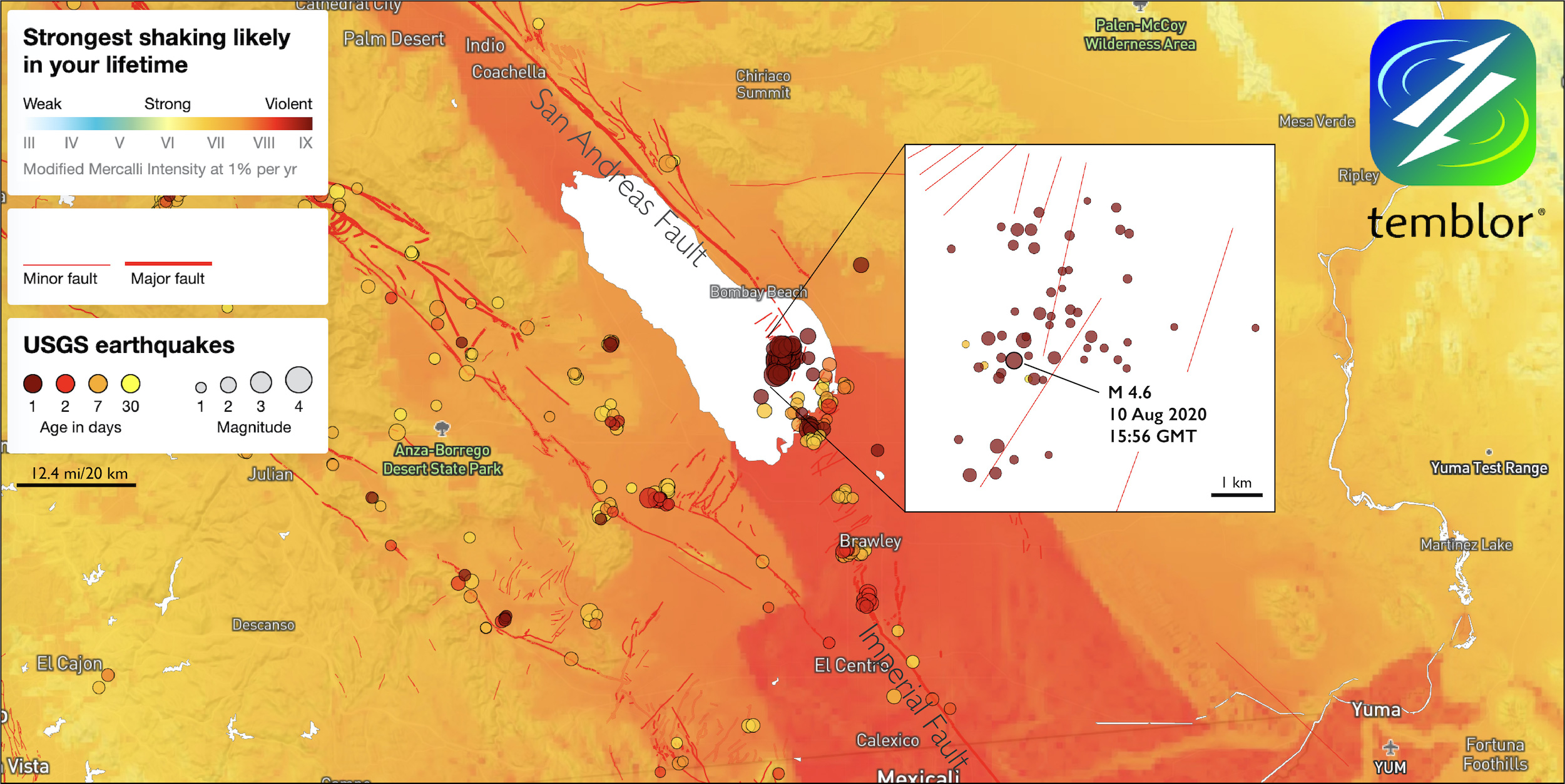 Tensional faults, on which today’s M4.6 occurred, run approx. NNE-SSW and transfer plate motion from the Imperial Fault to the San Andreas. So far, today’s earthquakes have not migrated onto the San Andreas, but they are close to a southern extension of San Andreas into the Salton Sea.