For the first time in Greece, satellite radar imagery has revealed surface deformation due to an earthquake as small as magnitude-4.6. The earthquake occurred on Dec. 2, 50 km northwest of Athens, where it was widely felt. Analysis by Sotiris Valkaniotis and Athanassios Ganas. 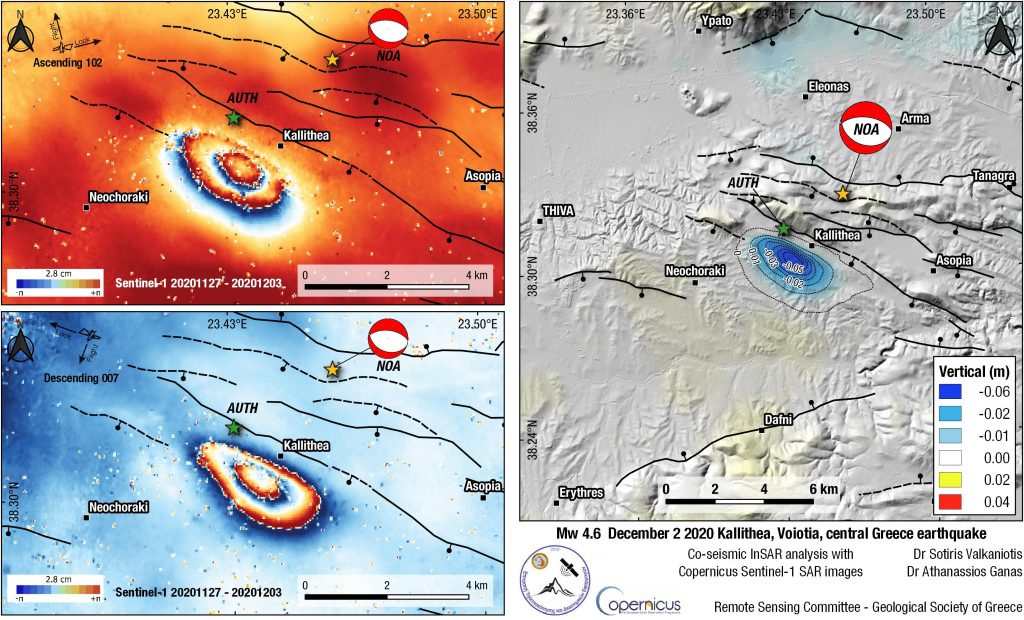 In the right panel, one sees 6 cm (2.3 in) of subsidence of the downthrown side of the fault, but almost no uplift on the upthrown side, which is expected of a tensional earthquake on a fault dipping about 45°.

Basins like the one on the downthrown block form over the eons, through repeated earthquakes, such as last week’s magnitude-4.6.