A series of mid-sized earthquakes (also called a seismic swarm) occurred at the tip of the Biga Peninsula in Turkey at the intersection of the Kestanbol Fault and the Edremit Fault Zone. In just a few days, 800 earthquakes varying size were felt, including three damaging magnitude 5+ earthquakes. As a result, over 350 building sustained extensive damage (AFAD). Authorities also asked residents not to enter any building before official building assessment. The Turkish Government swiftly built a small village from container houses for those who needed shelter.

Seismic swarms generally occur in geothermal areas where faults are lubricated by hot water, making them easier to slip. This area is one of the most active geothermal regions in Turkey, with some water temperatures reaching 174º C. Water boils at 100º C at sea level but the high pressure environment underground prevents evaporation. Most seismic swarms end without triggering a large earthquake.

Old masonry buildings are common in Turkey, Greece, and Italy, are susceptible to extensive earthquake damage. Although they can be reinforced to have more lateral support, masonry buildings generally lack the strength to withstand seismic shaking. Conversely, well-built modern structures can generally withstand the side to side motion caused by earthquakes. However, poor construction quality, unenforced building codes, and inadequate soil investigation often results in damaged buildings regardless of age. 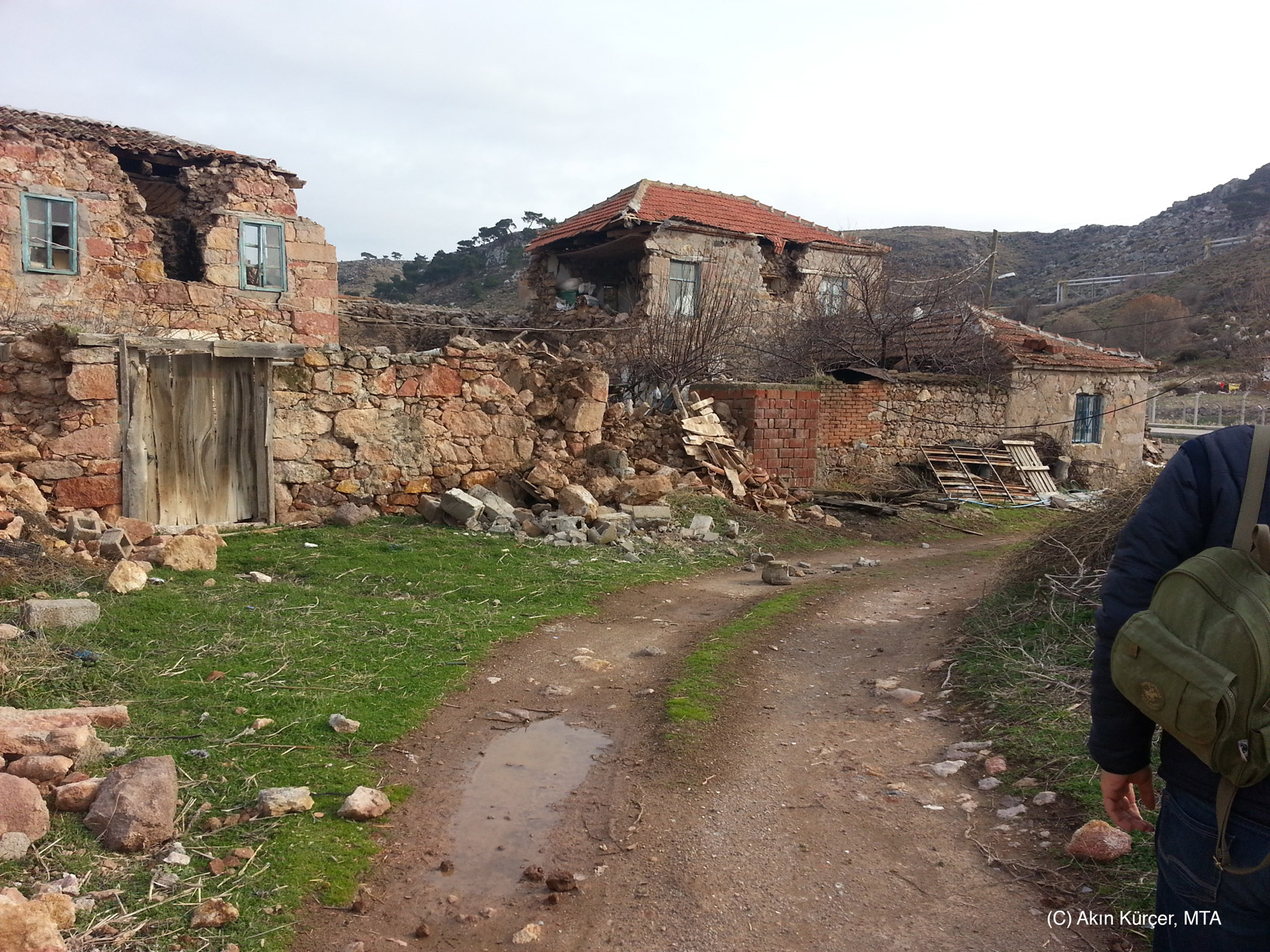