The earthquake shook parts of Sumatra and Malaysia. Some damage and casualties were reported.

This article also available in Indonesian. 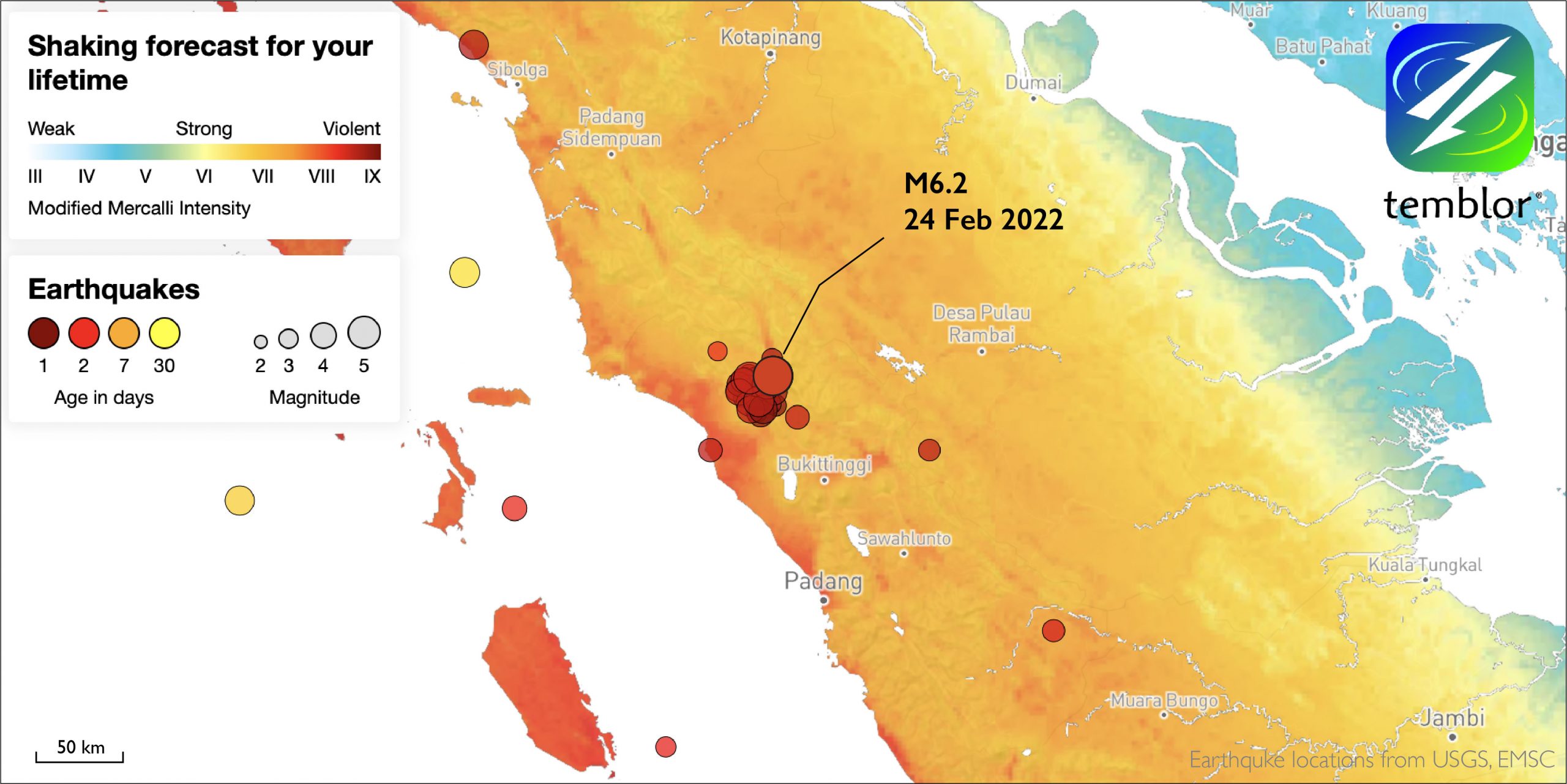 On Friday morning, February 25, 2022, at 8:39 am local time, the West Pasaman region and surrounding areas were rocked by a magnitude-6.1 earthquake.

The event comes on the heels of January’s magnitude-6.6 temblor in West Java.


A magnitude-5.2 foreshock preceded the mainshock by four minutes. By about four hours later, 23 aftershocks had been recorded, the highest being a magnitude 5.0. The events follow a typical foreshock-mainshock-aftershock sequence.

The mainshock struck in the shallow crust, along the south Angkola segment of the Great Sumatran Fault, an active onshore fault that cuts the island of Sumatra lengthwise. Because it struck onshore, the earthquake had no tsunami potential. Further analysis by BMKG indicates that the foreshock and mainshock resulted from strike-slip (side-to-side) motion along a right-lateral fault, which is consistent with the known motion of the Great Sumatran Fault.


Although significant shaking was limited to a narrow region around the epicenter, the large magnitude of the earthquake and the amplification of seismic waves in soft soils caused many in the region to feel the event. In Pasaman, ground shaking due to the mainshock reached V–VI on the Modified Mercalli Intensity (MMI) scale. To the southeast and northwest, shaking intensities varied from IV to II. Several cities in Malaysia — about 600 kilometers northeast of Pasaman — such as Putrajaya, Selangor and Johor also felt shaking.

Damage was likely restricted to houses in Pasaman and West Pasaman, according to a BMKG shake map produced moments after the mainshock. The latest report from the Indonesian National Board for Disaster Management (BNPB) indicates that 410 houses were damaged, seven people were killed and another 85 were injured.