At 12:20 pm local time Friday afternoon, a magnitude 6.4 earthquake hit 25 km ESE of Curico, Chile, not far from Molina, Chimbarongo, and Santa Cruz. This deep shock occurred about 90 km below Earth’s surface and caused moderate shaking at the epicenter. The quake was widely felt, including in the Chilean capital of Santiago where over 5 million people reside.

Based on early reports, the U.S. Geological Survey estimates that there should be no casualties or major damage. However, some minor injuries or economic losses may still be possible.

Chile is one of the more seismically active places on earth. In 2010, a M=8.8 struck, causing billions of dollars worth of damage, and claiming over 500 lives. According to the Global Earthquake Activity Rate (GEAR) Model, this most recent M=6.4 earthquake cannot be considered surprising as the region is prone to M=7+ earthquakes (See below). This GEAR Model can be viewed in Temblor. 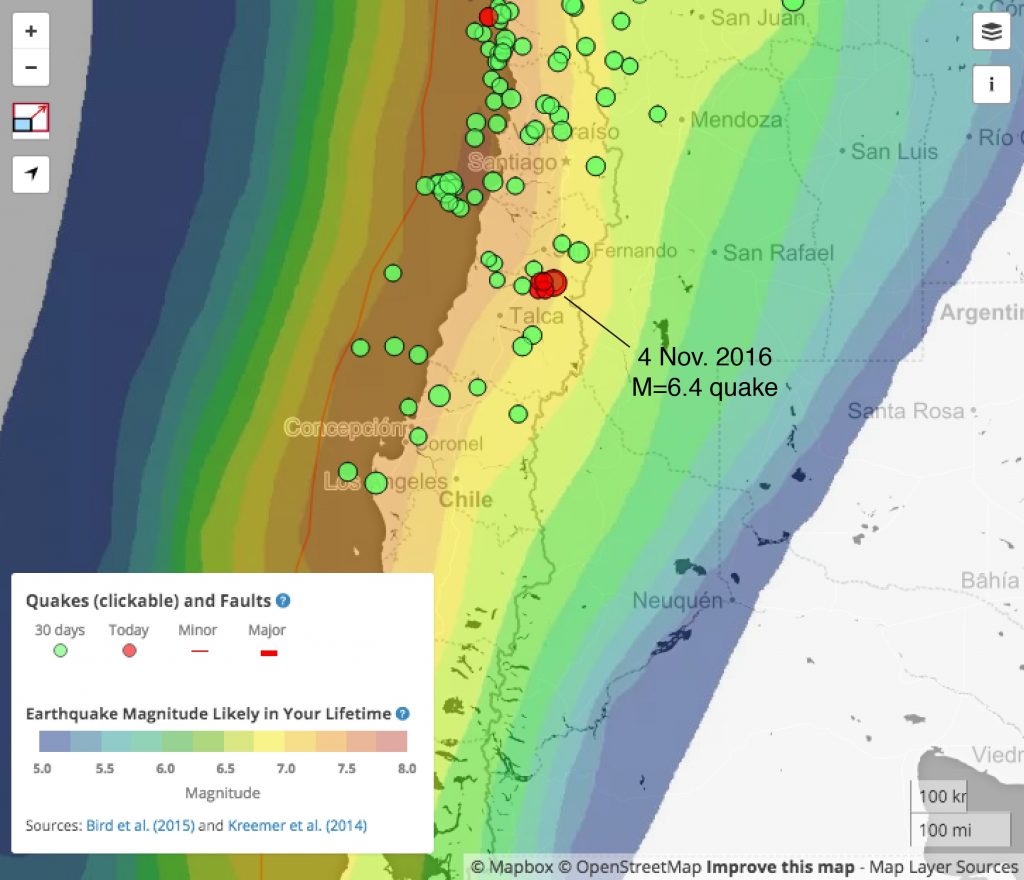 Aftershocks can be as large as the main shock and go on for days or months. Protect yourself from aftershocks by tying down loose objects and securing heavy furniture to the wall. Use Temblor’s free app to keep up with the latest earthquakes near you.