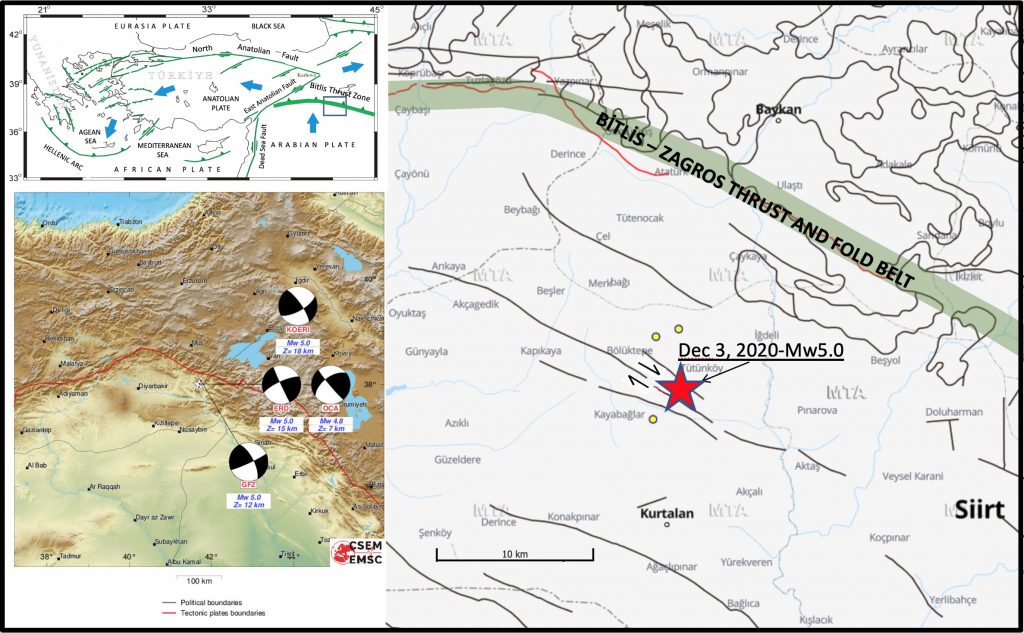 A M5.0 earthquake struck Thursday in Eastern Turkey and was felt the Siirt province and surrounding settlements. The quake occurred in the Bitlis-Zagros Thrust and Fold Belt. Interpretations via Haluk Eyidoğan.

Fault mechanisms and surrounding geology indicate that the earthquake occurred on a strike slip fault that may extend from Aktaş to Ankaya. Faults and other geologic structures here result from the collision of the Arabian Plate with the Eurasian Plate. Data via EMSC. 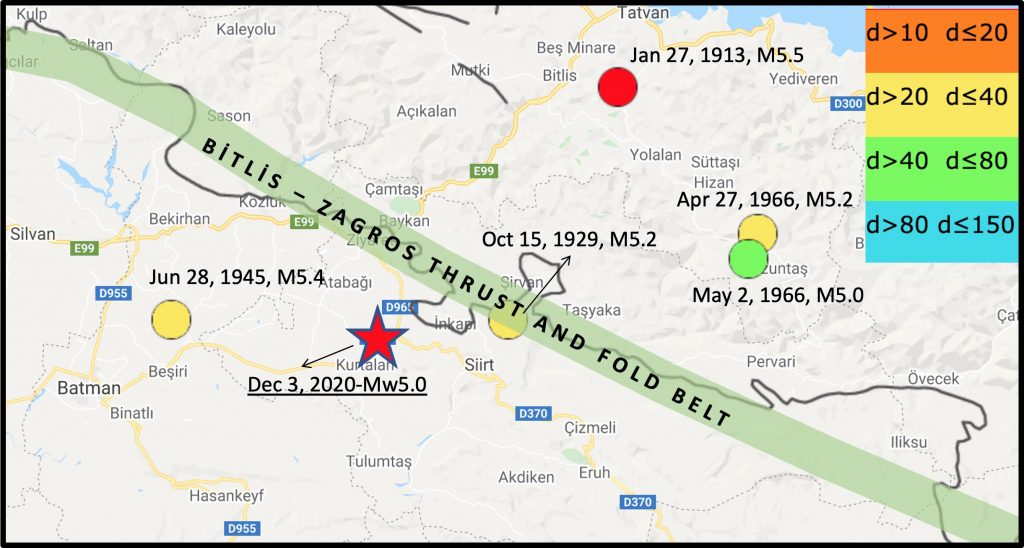 Similar sized quakes have hit this region in the past century, including those shown here, colored by depth. Data from KOERI.