Today’s earthquake lies at the northern end of the New Madrid seismic zone, which ruptured in three Magnitude-7 or greater earthquakes in the winter of 1811-1812. The events occurred a few weeks apart on December 16, January 23, and February 7. They damaged the frontier communities in the area and were felt throughout the central and eastern U.S (Hough and Page, 2011). Sand blows, where water shoots through the soil and erupts at the surface, and other evidence of severe liquefaction, occurred in the water-saturated sediments of the Mississippi Embayment. Perhaps remote aftershocks, a M~6.3 quake struck the southwestern end of the seismic zone in Arkansas in 1843, and a M~6.6 struck northeastern end in Charleston, Missouri in 1895, just 30 mi (50 km) southwest of today’s shock.

Prehistoric sand blows have been dated to the 1400’s and ~900 A.D, and interpreted as evidence for similar events, potentially making the area north of Memphis one of the most seismically active sites in the U.S; this is evident in USGS hazard maps and so also in Temblor.

But there’s a catch

There is no geodetically measurable strain at the earth’s surface across this active fault system, as has most recently been confirmed by Craig and Calais (2014). How can a fault fire off M~7 quakes every 500 or so years if there is no strain accumulation? Our hard-won understanding of how faults work is this: The surface strain is the product of the stresses that drive fault slip at depth. The slip is resisted by fault friction, and so only when the stress reaches some threshold is the friction overcome in earthquakes. The higher the rate of stress accumulation, the higher the earthquake rate; the larger or longer the fault, the larger the maximum quake that can rupture on it. It’s that simple. 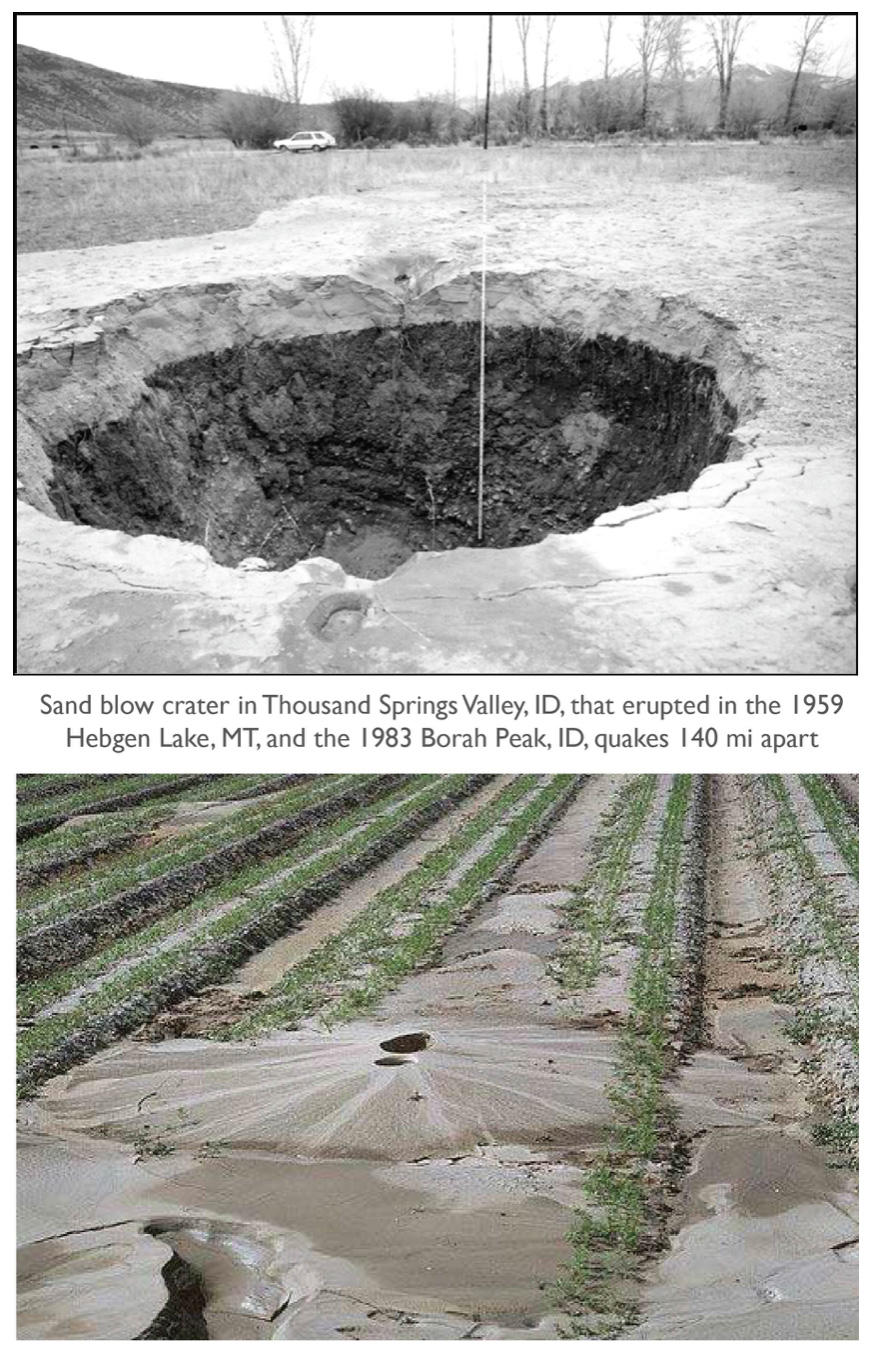 Paleoseismologists are confident that the age dating of the sand blows is sound (Tuttle et al, 2006). But when a sand blow erupted in Thousand Springs Valley in the 1983 M=6.9 Borah Peak, ID, quake, it ejected old Cracker Jack boxes onto the ground surface. These 1960’s relics turned out to be trash that the locals had thrown into the crater after it formed during the 1959 M=7.3 Hebgen Lake, MT, quake. But Hebgen Lake quake struck 140 mi (225 km) away. So, in our judgment, sand blows need not be evidence of a local quake; they might instead be triggered when seismic waves excite mushy soil far away. Perhaps, then, the bullseye of high hazard in the USGS model should instead be spread out over a far wider area. If this were the case, the absence of strain accumulation would still be a mystery, but it would be much less difficult to reconcile if a far broader network of faults were being very slowly strained, and the faults that ruptured in 1811-1812 unlikely to do so again for thousands of years, with others rupturing next.

The hazard could be concentrated but more likely is diffuse

Whether or not the New Madrid, MO, area is the site of the very high seismic hazard in the U.S. remains a fiercely debated topic at just about every Fall meeting of American Geophysical Union and in the literature. The region is highly active today, although these shocks may be part of a very long-lived aftershock sequence that began in 1811 that will continue to slowly decay. If large earthquakes throughout the Mississippi Embayment and Wabash Valley areas are capable triggering sand blows in New Madrid, then at the very least, the area stretching from Memphis to central Illinois has a significant seismic hazard.