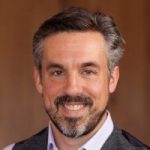 Barney Schauble joined Nephila in 2004 as a Managing Principal and moved to San Francisco in 2010 to set up Nephila Advisors, LLC. His primary responsibilities include investor relations, strategic and business development projects and oversight of Nephila’s weather fund.

Mr. Schauble began working in re/insurance in New York in 1993 as a broker for Marsh and Guy Carpenter. He left in 1996 to join Goldman, Sachs & Co. in their Risk Markets group, where he spent six years working on development and distribution of catastrophe and weather-linked products. He joined XL Capital in 2003 and was head of marketing for the weather risk management business.

Schauble attended Harvard College and received his B.A. in Economics in 1995; he wrote his senior thesis to explore investing in bonds linked to property catastrophe reinsurance risk. He served as a Director of The Climate Corporation (2007-2012), and MetroMile (2009-2011). He has been a Director of Ceres (a non-profit devoted to sustainable capitalism) since 2011, and a Director of Advisen Ltd (an insurance analytics business) since 2014.